Secondary Menu
How Will the Coronovirus Affect Your Business? 4 Benefits of Blockchain for Your Industry

Keeping up with cybercriminals in 2020 will be as high a priority as it’s ever been. But what should be an even greater goal is not merely keeping pace, but instead staying two or even ten steps ahead of digital bad actors that wreak havoc on our economy, productivity, and peace of mind.

Let’s review the outlook of cybersecurity awareness in 2020 and what we might expect:

5G rolled out in August 2019 and is hailed as the technology investment of the decade. In 2020, 5G will continue to influence the way we interact with the world, most predictably in growing the Internet of Things.

However, this also means that more connected devices will provide more opportunities for internet hackers to steal and compromise data. Given the “new-ness” of 5G technology, it’s still early to have discovered all of its vulnerabilities — vulnerabilities that hackers may find and exploit before a proper resolution can be addressed.

Hacking Toolkits Will Grow in Popularity

In 2020, you might not need deep-level expertise and hacking experience to pull off a major cybercrime. If you lack the tools and skills to launch an attack on your own, you may be able to find and purchase hacking toolkits. It’s like DIY for hackers, and they’re becoming increasingly accessible if you know where and what to look for.

Right now, the barrier to entry is low for purchasing ill-intended software products because software development and sales have become so widely accessible. As more of these toolkits are discovered and sold, the number of attacks may increase exponentially.

All Eyes Will Be on Election Meddling 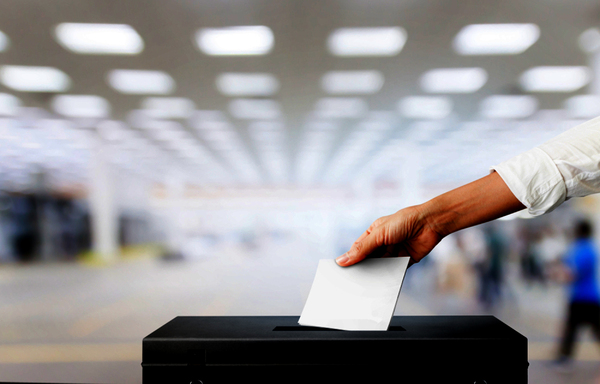 Preserving the integrity of the 2020 election is a top priority.

We’ve made it to another Presidential election year in the United States, but no one has forgotten the consequences of foreign infiltration in our last election cycle. This time, it’s guaranteed that all eyes will be on voting processes, data integrity, and potential fraud.

However, the major challenge this year is that we are four more years advanced in technology than we were in 2016. This means new technologies have been developed, which almost always means new vulnerabilities that have yet to be addressed. And since Russia has proven once that election interference is possible, it has paved the way for others to follow suit.

Mobile Hacking Will Be a Top Concern

In 2020, consumers are banking from their phones more so than from their actual bank. They store credit card details and other personal information on their phones and view financial data via banking apps. But convenience comes at a price, and we may see an uptick in mobile app hacking in 2020 — in fact, it’s already on the rise.

When it comes to keeping up with cybercrime, knowledge is power. But foresight is just as critical as hindsight, and looking forward will allow us to address critical cyber issues — perhaps before they become a widespread problem.