Business leadership may feel a little let down by blockchain. Distributed computing hasn’t widely commercialized yet, but the science behind the code is solid. That’s why big money is going into blockchain as a business strategy these days. What are the four benefits of blockchain that will potentially impact your industry in the future?

Gartner says blockchain technology will top $3.1 trillion in value in the US alone by 2030. They suggest organizations should resist the urge to ignore the innovation found in distributed computing. Instead, they encourage widespread exploration of these tools.

Blockchain uses peer-to-peer distributed computer networks in a decentralized database model heavily dependent on the cloud. Blockchain breaks up a transaction and distributes it across a variety of nodes. It involves multiple parties in a workflow controlled today by one of two entities. In blockchain, no single entity controls the information. 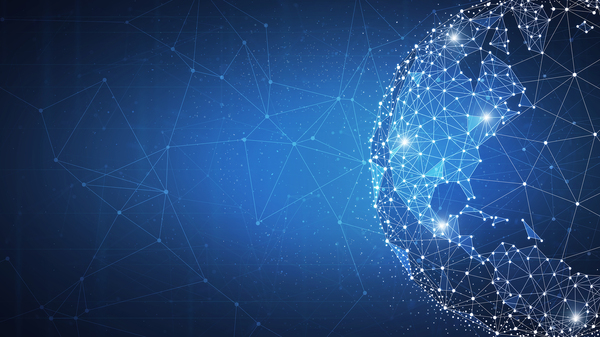 The implications found in these algorithms are potentially staggering and affect virtually every industry and sector. Some of the potential benefits include:

Because the data is decentralized, all parties have access to the data and can easily see the transaction history in a distributed ledger. All network participants share the same data instead of individualized copies.

The data cannot be updated without consensus between participants. To change a transaction, it impacts all subsequent records, so the chain of data inherent in the block is incredibly accurate and transparent.

For the reasons we just described, blockchain security is higher. Getting all of the distributed computers on the network to agree to change one chain in the block is difficult. It is for this reason blockchain remains an indelible transaction record.

After the network approves the transaction, it is encrypted, linked to the prior transaction, and then stored across a network of computers instead of on a single server. This makes it extremely difficult for a hacker to infiltrate the data. Any industry would benefit from this level of security, but certainly, finance, healthcare, and government would benefit from this feature.

Today’s sophisticated supply chain networks could massively benefit from blockchain as a tracking tool for products. It is incredibly difficult to trace a product back to its origin. Imagine you are a car manufacturer with a recurring issue on a new model.

Tracking the recalled part is immensely time-consuming. But blockchain can provide an audit trail to trace an individual part back to the manufacturer and every stop in its journey to reach the floor of your plant.

Blockchain can reduce costs through automation and elimination of the middle layer needed to verify most transactions. Consider the multiple layers required to confirm a bank transaction. Each party must approve the transaction during the process. Each entity may belong to different organizations spread across multiple geographies.

Each proprietary database within each organization requires time spent verifying small details. Many business processes lack digitization. Traditional, paper-heavy processes are time-consuming and prone to human error. With blockchain, there is less documentation spread between multiple entities. Instead, there is one permanent record of the transaction. Everyone can see it, and it becomes the single source of truth around each activity in the blockchain.

Blockchain is coming to your business. Business leadership should explore the technology and begin to develop a strategy to optimize the benefits of these new tools.