There was a time when senior HR executives — and many CEOs — considered open office plans an exciting new innovation in the corporate world. However, as many senior strategists have learned, for most office workers, that time has been gone for a long time.

Here’s what executives and senior strategists need to know about open office plans and their effects on corporate culture.

There’s no denying that open offices first came into being with good intentions. The theory was that this new type of layout would encourage collaboration and communication between employees and help to break down the barriers between workers and managers. Perhaps you’re wanting to make a switch, from or to an open office plan, which ever one you’re looking to design next you’ll want to find the most ideal office space for your vision.

It’s true that collaboration can spark new ideas that may not have seen the light of day if workers were entirely isolated. And it’s also true that good communication among workers and between workers and management can make a workplace a happier and more productive place to be. So why do so many people complain about the open office plans designed to encourage those outcomes? Because it’s been shown that open offices simply don’t produce the expected results.

The Reality of Open Offices 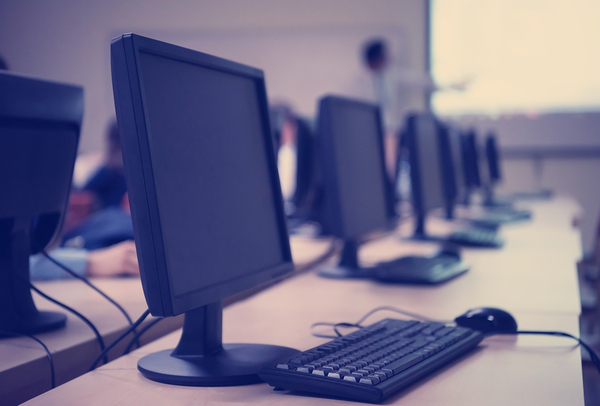 It’s difficult for workers to focus and concentrate when they’re seated too close together.

Studies show that the real effect of open offices is almost the exact opposite of what it’s intended to be. Employees are less happy and have more stress. They take more sick days. Face-to-face interaction actually decreases in open offices, with more emails and messages sent instead.

Employees tend to find the open office layout distracting, making it difficult to focus. In fact, the noise and activity in an open office tend to drive productivity down. But the news isn’t all bad. Open offices do tend to work for one type of collaboration – when a team is trying to come up with new ideas. An open office is ideal for discussing concepts and bouncing ideas off your team members. The problem is that when an idea is chosen and needs to be implemented, workers need space, quiet, and often privacy in order to do the work of putting their ideas into action. Using privacy screens would provide an answer to that problem though. Having a clean office can positively affect the team so they can focus on the details of their work, which could help to balance out some of the negatives of an open office. Using companies similar to Green Facilities can allow workers to have clean environments to show off to their clients, working towards more business for themselves and the business at large.

Despite all the research that suggests that open office plans don’t work the way people want them to, they continue to persist. There are several reasons why. Open office layouts are cheap to put in place and can allow a company to fit more people in less space than with traditional offices, or even cubicles. The open office design also brings to mind the vision of a particular type of successful company.

But office planners are starting to think out of the box. One way to improve the open office plan is to incorporate private spaces into the building for workers to use when their work requires it. Rather than spending the whole day at one desk, workers could move between open areas or closed areas as needed. Studies also suggest that it can help to make working spaces more aesthetically pleasing.

Workers rarely work in one way all day every day. There is a time and place for open spaces, as well as a need for distraction-free workspaces. Finding the correct balance between the two can significantly improve both the worker experiences and the company’s productivity.