Corporate HR groups have long planned — and developed retention strategies — for Generation Z. But what about Business Development teams?

Gen Z, of course, is the youngest adult generation; its members were born during the mid to late 1990s. The oldest members can now be forming households, taking first and second jobs, and otherwise entering markets where brands want to appeal specifically to them.

Generation Z is known for responding to brands that appeal directly to them. They are also known for being passionate about specific social causes, such as climate change and inclusivity. This group likes the blend of brand messaging and causes.

According to industry publication Marketing Dive, 66% indicate that their view of a given brand is better if the brand is associated with a cause they support. However, a far smaller number, 12%, make immediate associations between brands and causes.

And, as Marketing Dive points out, that creates a strong business opportunity to associate products with causes. They can drive their brand recognition upward and increase the positive associations with the right marketing geared to Generation Z beliefs. 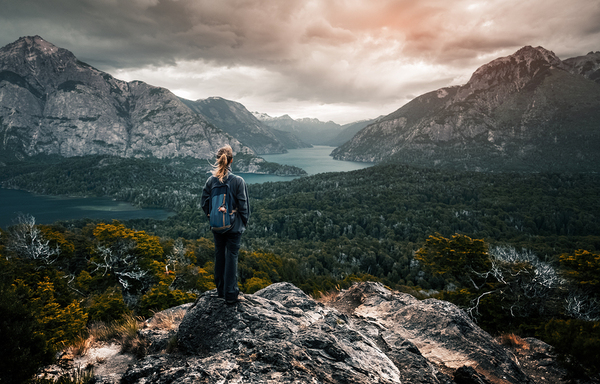 Companies whose products fit with environmentalism have a built-in opportunity to market toward Gen Z members.

Don’t Advertise, Market to a Purpose

It can be difficult to craft the right blend between marketing and taking about causes. Some marketers believe that organizations need to move social causes from the domain of corporate social responsibility (CSR) to general marketing, developing strategies to appeal to Generation Z.

But moving such messages to marketing, of course, runs the risk of alienating younger people by making the messaging more about advertising than about the cause.

This balance often boils down to a single concept: Trust

The global PR and branding firm Edelman recently released its annual Trust Barometer. The news is not good.

The report states: “Since Edelman began measuring trust 20 years ago, it has been spurred by economic growth. This continues in Asia and the Middle East, but not in developed markets, where income inequality is now the more important factor. A majority of respondents in every developed market do not believe they will be better off in five years’ time, and more than half of respondents globally believe that capitalism in its current form is now doing more harm than good in the world.”

It continues: “Since Edelman began measuring trust 20 years ago, it has been spurred by economic growth. This continues in Asia and the Middle East, but not in developed markets, where income inequality is now the more important factor. A majority of respondents in every developed market do not believe they will be better off in five years’ time, and more than half of respondents globally believe that capitalism in its current form is now doing more harm than good in the world.”

The solution? Some marketers believe that companies need to focus not just on their products and the linkage to causes, but instead on their company as a force for good. Many consumers, they point out, believe businesses can effect more change than governments can.

Case Studies: Successfully Marketing with a Cause

One business strategy may be to look at successful products and cause campaigns that appeal to Generation Z. The clothing company Patagonia, for example, is incredibly popular with younger generations and widely known for its environmental concerns. It successfully unifies its outdoors clothing and policies supporting clean and sustainable environments.

As Inc. reports on Patagonia: “Long known for its environmental stewardship, Patagonia goes beyond donating money or even company time: The outdoor apparel brand’s Worn Wear program buys back used Patagonia products and resells them online. What sets Worn Wear apart from other used clothing programs is its educational component. Patagonia brand ambassadors travel around the U.S., showing people how to repair their own gear. It also posts product care guides online that explain how to sew up seams and patch tears.”

The bottom line: “Consumers see product education as an added value. Minimize your carbon footprint and build brand loyalists by helping customers trade in or extend the life of their purchases.”

But product linkage is not necessary. Some industry observers urge companies to market to a purpose, not to a specific product, and leave purpose identification to drive brand identification and favor. It certainly works for some companies, such as Vermont’s Ben & Jerry’s, the ice cream manufacturer.

As the current chief executive officer of Ben & Jerry’s points out, there is nothing about ice cream that is intrinsically joined with the marketing it does around social causes. The brand itself is associated with certain causes simply because the original founders were – and the association has continued despite decades of corporate ownership by Unilever.

The key point in both cases is that the brand’s commitment is viewed as authentic and as something Generation Z can share in. A purchase of either Patagonia clothing or a Ben & Jerry’s ice cream pint is viewed as participation in their worldview, and promotes brand identification and repeat purchases.