Secondary Menu
Prime Day Is Coming! How Other Retailers Plan to Compete What Works in Leadership Development

Efforts to strengthen a company’s culture are increasing as an aspect of business leadership. Both chief executive officers (CEOs) and chief human resources officers (CHROs) indicate that both managing and improving culture is a major priority, according to Harvard Business Review (based on research from Gartner). In fact, about $2,200 is spent annually per employee on improving corporate culture, although less than a third of CHROs feel that the return on investment is good. Just 31 percent of human resources leaders think that their current company culture can drive business performance.

Company culture is hard to change because it’s made up of hard-to-measure qualities.

As the HBR points out, that’s partly because culture is much harder to change than areas where a directly achievable metric exists. Does a CEO want to drive sales upward? Sales departments can receive incentives to increase their goals. Fostering a stronger company culture, or instituting a different one, is less direct.

It’s also partly because companies tend to go about changes the wrong way. There are three things not to do. Here they are.

All too often, companies use relatively simple buzzwords to define the culture toward which they are moving. “Innovative” or “entrepreneurial” and the like are forced to do a lot of work.

More importantly, change attempts can be stymied by a perceived disjunction between the words and the movement on the ground. As HBR observes, a company that sincerely wants to foster innovation but gets a large percentage of its sales from existing products may find itself with employees who are somewhat confused – or perceive upper management as hypocritical.

The solution? Acknowledge the tension between reality and culture-change goals and support both as a business strategy. 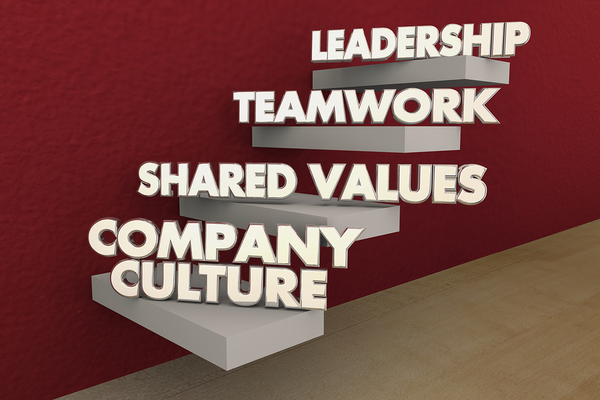 Many factors need to work together to change company culture.

All too often, efforts to change culture are thwarted by existing policies. What if a company touts consumer-centric behavior, but its policies in expense accounts mean that salespeople can’t entertain their clients, for example?

Upper management has to make sure that they align policies on the ground with the change they want to see.

3. Be wary of measuring culture with data.

How do you measure culture? Many companies fall back on measuring employee engagement, retention, and morale. However, those figures are not quite the same as culture or the efficacy of culture-change efforts.

The solution? Ask open-ended questions and look at the feedback. The fact is, you are likely going to have to rely on qualitative rather than quantitative data.

The upside, though, is that you don’t run the risk of finding a huge gap between culture change efforts and the way employees are perceiving them. Ninety percent of employees, according to Gartner, don’t alter their behavior to fit leadership’s cultural goals, and 87 percent don’t understand them. A lesser but still very high percentage, 69 percent don’t believe in cultural change goals set by upper management.