Secondary Menu
Amazon Is Making Partners of Its Delivery People. Will It Work? The Launch of 5G Is Here. How’s It Going?

Self-awareness is a key business leadership strength. In fact, over the last several years the ability to be aware of your own qualities and how you’re viewed by others has increasingly been seen as indicative of multiple effective behaviors. Self-aware people are better employees, earn more promotions than the less self-aware, make better decisions, and are even more likely to lead profitable areas.

By some measures, women seem to be more self-aware than men, but is it helping them at work? After all, women still overall make less than their male counterparts and are in fewer high-level leadership positions, such as in the C-suite or on the board of directors.

A recent Harvard Business Review notes that examining women and self-awareness can provide a method of working toward further progress in gender parity. Its thesis? That even though women do seem to have slightly more self-awareness than men, they face certain challenges in self-awareness, as follow.

1. Women may feel that other people underestimate them.

First, women may feel that other people, asked to place a value on them, underestimate them. It’s important to understand that this is not the same as not exhibiting self-confidence. It’s been said so often that women are less self-confident than men that it’s become something of a truism. In fact, women have largely filled the self-confidence gap. Adult women are roughly equal to men in most self-confidence measures relating to business leadership.

But HBR points out that women may believe in themselves, yet not believe that other people value their contributions if those other people are asked. Women asked to estimate a supervisor’s opinion of them, for example, gave a lower estimate than men.

The answer? Putting together a group of people, ranging from past supervisors to coworkers to friends, and asking when they have seen you at your best, as a tool to gain a comprehensive self-awareness picture. 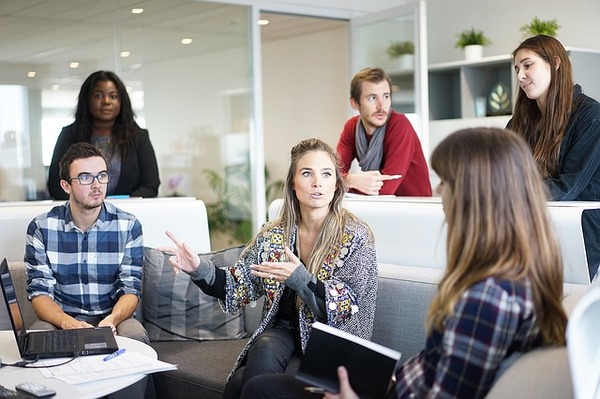 Women may be concerned that other people don’t value their contributions.

Another gap that still exists? Men may be getting better feedback than women. Feedback is an essential component of leadership development; people need to be aware of their genuine strengths and aware of any issues that need to be addressed. Men may hesitate to provide accurate feedback on negative performance to women, fearing that they would be hurt or distressed. Many observers cite benevolent sexism as the cause. There is also evidence that women receive less specific feedback.

The solution to this, according to HBR, may be to identify trusted associates, supervisors, and mentors who you feel are willing to give feedback across a spectrum and to provide specific feedback.

3. Women are more focused on how others see them.

Finally, women tend to focus more on how others see them than men do, which can lead to their taking feedback almost too seriously. It’s important to augment self-awareness by listening to other people, but it’s also important to pay attention to one’s own standards.

Is this a fine line? Yes, but so is developing self-awareness in tandem with one’s own opinion overall.