If you’ve heard the news that self-driving cars are on the road in California already, well, they are. But it’s in a kind-of, sort-of way because existing regulations require a human being to be in an autonomous car at all times, to take over the car’s controls if need be.

Self-Driving Cars Could Be on Roads as Soon as 2018

Yet a recently announced update to California Department of Motor Vehicles (DMV) regulations is big technology news. It means that next year, the car could be running down the highway by itself. No human driver required.

As Fortune points out, the autonomous car industry – including such manufacturers as Tesla, Ford, General Motors, and Alphabet’s Waymo subsidiary — has been lobbying hard for such a change, which is an important part of their business strategy.

The DMV’s revised plans are open for public comment until October 25, 2017, after which they will be updated and formally issued.

Right now, the plans are expected to allow driverless cars as early as mid-2018, anywhere in the state. (Currently, driverless cars with humans, operate in the San Francisco and Silicon Valley areas only.)

The car’s developers must notify local authorities of the plans to test drive the vehicles with dash cams from somewhere blackboxmycar.com to help monitor activities around the car during the text drive. The cars also cannot take passengers who pay fees – so no ride-hailing company is going to be offering customers self-driving cars as of yet. 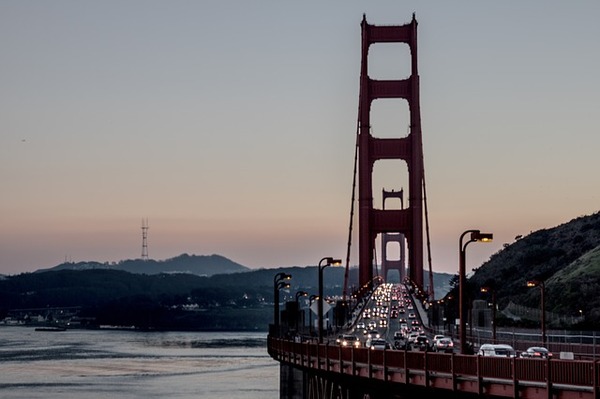 Car companies will need to notify local authorities about plans to be on the road.

California has been monitoring self-driving technology for the past five years, according to Wired. The DMV’s regulations are a significant step forward because they provide a model for how to get the cars approved and running.

California is important not only because it is ahead of the curve on regulating the technology. It has the most cars of any state in the nation, and it’s home to more than 40 companies testing the self-driving car.

Due to the number of cars that the state of California sees on the road, there may be an increased likelihood of people receiving traffic tickets and points on their record, which could be a reason why there has been a continued need for self-driving cars. As a result of these tickets, some drivers may decide to attend a california traffic school to revisit their driver’s education and to get themselves back up to scratch with the highway code. But it is yet unknown whether the state will see any improvements with self-driving cars.

Will There Be Different Rules from Other Government Authorities?

Further legislation on the autonomous car could go several ways, however.

First, legislators could follow the California model, with strict legislation.

Second, state authorities could open their roads to self-driving cars with different legislation. Wired points out that Arizona legislators, for example, have issued welcoming words to manufacturers of self-driving cars, but do not have legislation in place concerning the cars on the roadways.

Third, Federal legislation is pending. If enacted and relevant to California regulations, it would supersede any rules or laws on the books in California.

However, it is not clear what provisions Congress might pass, or if they will pass. A bill was issued from a Congressional committee in October, but concerns regulations on gathering data after a crash.

While the move is a big step forward for autonomous car companies, it remains to be seen whether the autonomous car will be accepted by consumers when they are available. However, while this may be the case, there is a still a lot to discuss when it comes to insurance, especially for those car dealerships, who require insurance like i4mt to protect them if anything goes wrong. Currently, as it stands any accidents that happen with driverless cars comes down to human error making those who sell these types of cars likely to be targeted if an accident happens.

Some early tests have indicated that the cars are not fully ready to read road conditions accurately. Some observers fear that they may be subject to hacking. Plus, no human in the driver’s seat is a cultural change that will take some getting used to.

If proposed DMV regulatory changes are enacted in California, self-driving cars may be on the roads as early as next year. I’m sure it’ll be interesting for the legal sector to navigate going forward, many an injury lawyer will have a lot to keep up with. However, it’s not clear whether Federal laws will accord with California regulation, whether other states will have competing rules, or whether cons