Secondary Menu
What Do the Chicago Cubs Tell Us About Business? Happy Holidays — and Thank You — from Working Capital Review

A popular show on a digital streaming service is not just a popular show. If it’s Netflix’s Stranger Things, it’s an occasion for synergy to promote multiple businesses. To promote the second season of Stranger Things, Netflix joined with Lyft, the #2 ride-sharing app, to take passengers in selected cities on an immersive experience tied to the show’s “strange and spooky things are out there” theme.

In Philadelphia and Los Angeles, Lyft users on selected dates in late October could tap “Strange Mode” on their app to be rewarded with a ride featuring paranormal elements from the show, complete with lighting effects and Eggo Waffles, which is a favorite and featured food of a leading character.

Both the show and Lyft’s participation in their focus on the paranormal, are implicitly tied to Halloween as well, of course.

It’s become a business strategy truism in marketing that the way to reach Generation Z consumers is to offer a real-world experience, as they tend to be unmoved by traditional advertising methods.

Technology news companies like Lyft are aggressively moving into the field. The Stranger Things ride is just one of its promotions. The company has also partnered with Taco Bell for experimental forays into food pick-up apps and with Budweiser for a tour of U.S. Prohibition, tied to a new beer roll-out. 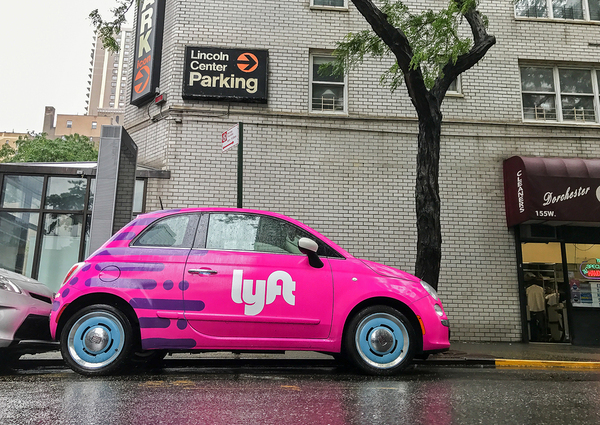 Lyft has entered creative partnerships with a number of companies.

But it’s not just digital companies like Lyft that are linking to Netflix and the popularity of Stranger Things. Consumers are highly engaged with the show, to the point of being much more apt to open a promotional e-mail utilizing the name of the series in the head. As a result, brands like Kellogg’s, which makes Eggo Waffles, are climbing on the bandwagon.

Kellogg’s offering uses digital media, specifically an app called “L’Eggo My Spoiler,” which users can deploy on social media channels to block information about the show that could give away plot twists.

Shoe manufacturer Reebok is selling sneakers linked to the show as well, capitalizing on Stranger Things’ bike-riding and sneaker-wearing band of adolescent detectives.

As a result of its popular programming, Netflix is solidifying its status as the #1 digital streaming service. It has more than 109 million subscribers worldwide. The service recently indicated that it planned to raise its content development budget by $1 billion next year, on top of its already robust $7 billion investment this year.

According to industry publication Mobile Marketer, 80% of Netflix subscribers utilize only Netflix as a streaming service. Effectively, that means it’s considered an essential service to these consumers, while competitors like Hulu and HBO aren’t.

The popularity of Netflix’s Stranger Things indicates how much Netflix has penetrated U.S. digital streaming consumers, while the marketing campaign partnership with Lyft indicates how much the latter is proving nimble and adept at partnering with companies for synergistic approaches to business.