A perusal of Ted Talks on failure shows that the speakers talk generally about two things when they talk about failure: goals and innovation. Hey also talk about how much one can learn from failure. Failure is how you get to success.

Take J.K. Rowling, author of the Harry Potter series. Rowling didn’t start out as a famous creator of a wizarding world: she started out as a young mother who had a failed marriage and no job. Her take on failure? Everyone will experience it in some form or another. Her take on what failure did for her? It forced clarity about what she really wanted. She had worked for a nonprofit. Failure made her focus on the novel that made her famous.

Take Eddie Obeng, a business consultant. His take on failure? There are two kinds. One is basically a failure implying lack of competence or lack of it. Failure of this kind is a signal that you’re in the wrong place (or need more training to be in the right one).

But another kind of business failure is the type when you’ve tried something new. Failure of his kind partakes of Rowling’s business. You have to have imagination. You have to imagine the world as it is not currently. But it’s hard to imagine new things: it’s even harder to imagine what might go wrong. As a result, the failure rate is high.

But once you know what can go wrong in a new concept, you can also be on the road to success and a better business strategy. Fix what went wrong. Then, learn from failure. Make failure a dynamic condition, not a permanent one. 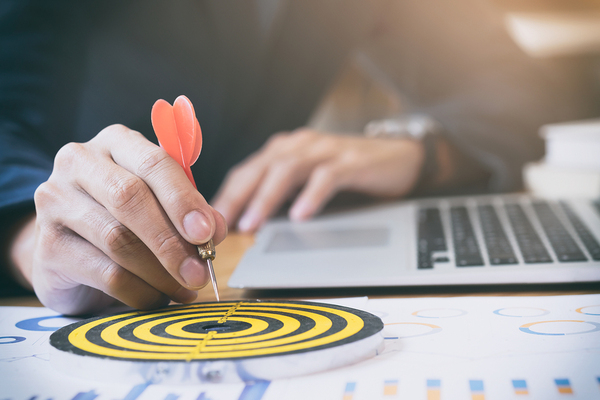 Focusing on a target is a key ingredient in success.

How Best to Learn from Failure

In fact, there are specific ways to learn from failure. A Stanford professor put it this way in the Harvard Business Review:

Some studies show that teams will learn from failure best if facilitators focus on what went right and wrong immediately after any failure (or success). Yes, if you’re masterminding your own idea, there may not be a facilitator around. But you can review your own success and failure.

The key is not to back away from failure and lick your wounds. Look at failure correctly after it happens.

Research indicates that looking at success and failure both facilitate learning. But looking at failure and success in the immediate improves future cognition about it.

How to Avoid Failure

If you’re reading this and wondering, “How do I avoid failure?” you’re not alone. The best way to avoid failure is to focus and prioritize. Put your energy into the most important pieces of your idea. If you have to choose (and you likely will, on a daily basis), choose the action that contributes the most toward your goal.

Failure shouldn’t be considered a permanent position. It’s really one of the steps on the road to success.