It takes only a minute or two of watching the daily news — or observing road rage or parking lot frustration — to realize that things can get out of control quickly if people don’t exercise self-control. As Walt Kelly said in Pogo, “We have met the enemy and they are us.” The only way that nations, societies, workplaces, and families will ever operate as they should is when we learn to exercise self-control.

Self-control is a foundational piece of realizing any goals in business strategy and business leadership, so much so that scientists who study self-control consider it essential to the realization of not only emotional intelligence but intelligence itself. After all, as one of the leading scientists told The New Yorker, people can’t fully control what happens to them or what happens in the world. But they can control how they react.

Nicely enough, self-control is made, not born. Forbes advises people wanting to increase their self-control to do the following.

A good way to become calmer and more mindful is to mediate. This does not mean chanting “om” while cross-legged, necessarily. Just five minutes of breathing slowly and deeply, not thinking about anything, in particular, will work to decrease the kind of pace and stress that can make you explode.

Lack of self-control happens when people give in. What is given into can vary.

A desire to train for the marathon?

The steps are the same. The moment comes but you don’t want to do the thing self-control requires anymore. Smiling and talking about the baseball game. Pleasantly asking when the specs will be done. Going out and running 10 miles despite the rain. When your brain starts saying “blow up,” “get mad,” or “stay in bed,” don’t’ do it. The feeling will pass. 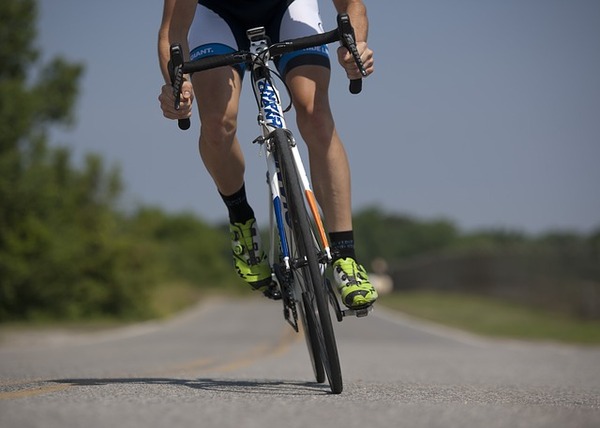 Exercise and self-care can make you better able to have self-control.

The next steps are all defensive moves. You will lose self-control, or be more likely to if you don’t keep yourself in fighting trim.

Are these moves toward self-control or just becoming more healthy? Well, they are in many ways the same thing. If your blood sugar becomes low or you get unreasonably hungry, you will find it much harder to maintain self-control. Exercise helps you maintain proper blood sugar levels as well.

People with inadequate sleep are much more prone to lose their temper or not maintain good habits and discipline. They’re just too tired!

Finally, if you do fall off the self-control wagon, forgive yourself and move on. It’s part of life. In fact, self-forgiveness is part of establishing good discipline, because everyone slips occasionally.

Self-control is important to the realization of any goals. Follow the steps above to achieve it and become more disciplined.