Secondary Menu
Can the Construction Industry Be Disrupted? The Future Uses of Blockchain

In technology news, Facebook recently announced the creation of a television app. It will allow Facebook users to watch videos from their friends and pages they’ve liked, and also let users watch the site’s top live videos. It is expected to recommend videos to Facebook users based on their viewing history. The rollout date is not set, but is thought to be soon, and will be available on Amazon Fire TV, Samsung Smart TVs, and Apple TV, with more devices likely to be added later.

Facebook’s is launching a TV app that further erodes device as a category.

On one level, as Business Insider observes, the business strategy is doubtless to position the company to receive a piece of the $70 billion that corporate brands spend on television advertising.

The Digital Screen Is All

But on another level, it illustrates vividly how much media channels demarcated solely by type of devices, like radio and television, have simply become an outmoded paradigm. When social media began, many people simply continued the tradition of calling a medium by its primary use. Social media was to sharing as hearing was to radio.

The new paradigm is horizontal content,i.e., content not demarcated by a device. Content will simply be shown on whatever screen is available and most accessible and convenient for the content consumer, whether the screens are part of televisions, personal computers, mobile devices, tablets, and more.

Facebook’s isn’t the only move heralding the shift to a digital screen, content-driven paradigm. Twitter broadcasts sports, YouTube is moving into television/cable channels (in addition to the 2,000 channels it already has, which have more than 1 million subscribers in the aggregate) and publishers pursue Snapchat.

As TechCrunch points out, the new paradigm is already happening in younger generations. The distinction between streaming video and television, to anyone under 10, is likely meaningless. 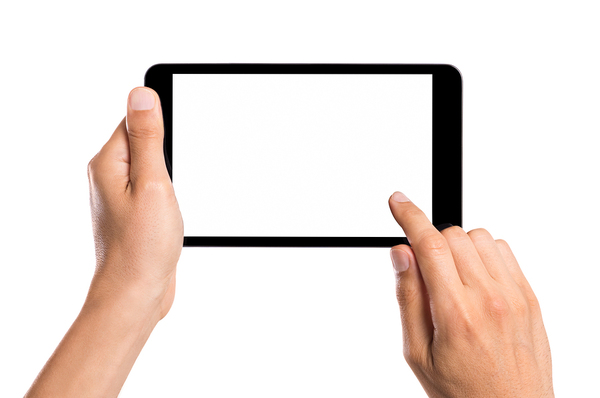 Increasingly, all content is developed to be on various screens.

Indeed, one of the pieces of the Facebook announcement is how much social media leaders have become content aggregators across different devices. Facebook announced that its TV app was not intended to be a competitor to companies like Netflix, which is a streaming video company that also creates content. Still, if the TV app is popular, it’s hard to imagine it not morphing in new ways going forward.

It may be an example of how advertising, which underlies so much content, will be operating under a new paradigm as well. Television and radio advertising, for example, has traditionally been bought with target demographics of viewers and listeners in mind.

The Facebook TV app will be specifically designed to be mobile phone-centric. Because mobile phones can track data and position, it will become increasingly possible to deliver targeted advertising along with targeted content.

The announcement that Facebook is creating a TV app is indicative of how much content, distributed horizontally across digital screens, is the new paradigm. Demarcating content by the type of device, such as television or radio, is a thing of the past.