This is disheartening news for companies that spent billions on modernizing their offices for what they perceive would increase collaboration and communication. Instead, these offices appear to have caused more harm than good as studies have shown the open floor plan has the opposite effect, lowering productivity and employee morale.

Business leadership is frequently tasked with finding new ways to boost office productivity by increasing team collaboration and camaraderie. Over the past decade, one of the most replicated workplace initiatives targeting these goals has been to remake outdated offices into new and more open floor plans. From enterprise organizations remaking their outdated cubicle areas to start-ups funding modern open-air new build designs, companies have jumped on the open floor plan as the best way to attract and retain workers while increasing their productivity.

But here is the problem; it isn’t working. There’s a growing pile of evidence suggesting that the architectures designed to increase our transparency are actually shutting down our productivity. A 2018 study published by The Royal Society showed that open architectures increased digital interactions but decreased worker’s face-to-face interactions. The study noted, “In short, rather than prompting increasingly vibrant face-to-face collaboration, open architecture appeared to trigger a natural human response to socially withdraw from officemates and interact instead over email and IM.”

Open office space was designed initially to increase leadership skills by improving collaboration and team building. But instead of breaking down barriers between “us versus them,” the research shows that the lack of spatial boundaries causes individuals to withdraw and recreate these walls within themselves. 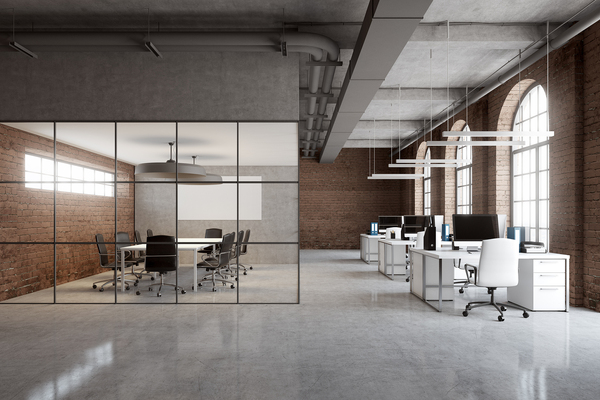 Open office spaces cause workers to retreat and create boundaries within themselves.

The Research on Open Office Structures

A recent Forbes article breaks down the recent literature on the effect of open office structures, and it’s certainly not what business leadership had hoped for. Open office spaces have been shown to lead to:

A 2017 study suggested that workers in open office plans had more absences due to illness and deterioration in their health and work performance. Another Forbes article suggests, “In an open-plan office, you can never truly put up a physical barrier between you and a toxic coworker.” This is especially true if there is any sort of office bullying by a toxic coworker. An open office plan can leave employees “vulnerable and exposed,” scanning for who is within earshot when trying to conduct a work or even a personal conversation.

The bottom line is that, while human beings are, for the most part, inherently social, they also have a fundamental desire for privacy. When businesses don’t accommodate these needs, productivity can decline.

Further, given that true innovation thrives when workers feel comfortable sharing their ideas, it would seem that the open office environment could be hampering organizations from reaching their full potential. Employers should heed these findings by making adaptations allowing for private spaces where employees can retreat from the open office chaos. Making noise-canceling headphones available to teams or finding some other way to retreat, at least slightly from their commitment to open office architectures, will help companies improve worker productivity and overall happiness.