When business leadership fails to foster an atmosphere where healthy debate can flourish, the business cannot thrive. While disagreements are not always pleasant, they are essential to innovation and breakthroughs.

Knowing what to do when teams argue and how to frame those discussions for productive outcomes are the keys to more effective team discourse.

In a recent Harvard Business Review article, author Shane Snow highlights what companies need to do to create teams that think differently and can work together to create change. He argues that too many work arguments are rooted in intellectual dishonesty.

In Snow’s definition, intellectual dishonesty is a failure to see and speak the truth. It can run the gamut of behaviors, including:

For business teams, intellectual dishonesty can become stubbornly ingrained. Members become too concerned with a win, leading to a disregard for logic and evidence that are contrary to our original beliefs on an issue. Fighting occurs instead of productive discourse.

The right business strategy is to focus teams on how to exchange diverse ideas and debate the merits of those ideas. Doing so creates more productive arguments and better business outcomes. 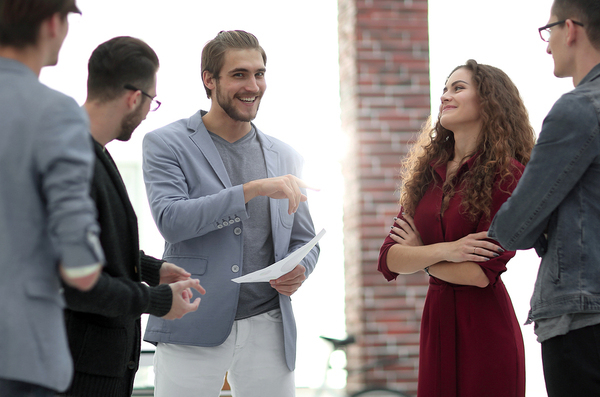 When team members are focused on the problem, not on being right or taking disagreements personally, better outcomes are realized.

How can businesses build teams that focus on intellectually honest discourse and debate? Here are some suggestions.

We’re On the Same Team. Remind team members that the purpose of debate is not to convince people you’re right or look better than others. It’s about finding better solutions collectively. To do so, teams need to leverage the diversity of thought and remember the following:

Just the Facts. Snow contends that people who feel their ideas are under attack often bring emotion, other issues and logical fallacies into the debate. Clear rules need to be established to prevent this behavior from derailing productive dissonance, including:

It’s Not Personal. Teams need to work to depersonalize arguments. There can be no name calling and questions that cast judgment. Team members should assume everyone’s intentions are good and be encouraged to change their mind if persuaded to do so. The purpose and focus need to be on moving the group forward, not on being right.