The legendary venture capitalist John Doerr of Kleiner Perkins Caufield & Byers has recently published a book in which he discusses goal measurement as he learned it from Andy Grove. Grove, of course, is an equally legendary Silicon Valley figure, once head of Intel. Kleiner Perkins Caufield & Byers is revered as the VC firm that funded Google, Twitter, Intuit, Amazon, and other companies that have become leaders in technology news and business strategy.

The book, Measure What Matters: How Google, Bono, and the Gates Foundation Rock the World with OKRs, lays forth what Doerr believes is the optimal way to measure goal achievements, and examines cases of the organization and people in the subtitle and more.

Recently, the Harvard Business Review interviewed Doerr about his methods and his book. The key points of both are below.

OKRS Are the Optimal Way to Measure Performance

OKRs are objectives and key results. Doerr notes Grove used the OKR method, which was both streamlined and – more importantly – very different from the then-often-used management by objectives (MBO) management method.

OKRs, on the other hand, is streamlined, frequent, and transparent. Andy Grove required that each individual’s OKRs be posted outside their cubes. OKR are such popular objectives that places like AuxinOKR offer training to companies to help them improve their business through them. 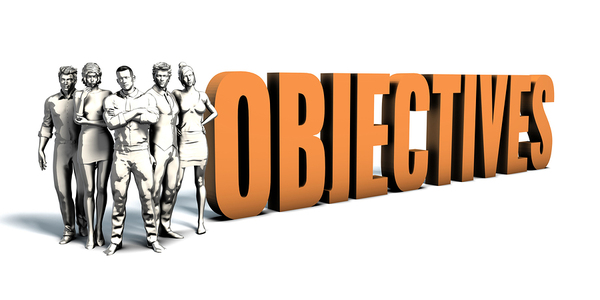 What does your business want to accomplish? How do individual employees fit in?

Objectives are what an organization and individual wants to get done, generally over the long term. Key results are how they are going to be done. As Doerr points out, good KRs can be measured and need to be done within a specific time frame.

A strength of OKRs is that they are relatively limited. Each organizational level likely has from 2 to 5 objectives, and approximately 3 KRs. The relatively small number spurs a greater level of focus and requires discipline from upper management to not let the overall objectives become too diffuse.

Because Andy Grove used OKRs at Intel, and Doerr took the system with him when he moved into venture capital, it could be argued that this system became the seedbed for how much of Silicon Valley operates.

Doerr argues that OKRs lead to 5 specific benefits, of which focus is the first. The second is alignment. All corporations strive to align work with the organization’s overall goals, but the focus on coupling O’s with KRs ensures it. By setting different business objectives throughout the working year means that your company has something to work for; allowing you to focus all of your attention on that specific task. Websites like Corporate Dad go into further detail about just how OKR’s can benefit your workplace and its success. The transparency in posting them or communicating them clearly leads to the third benefit, commitment.

Fourth, OKRs can be tracked with relative ease. For example some companies use Profit software to track OKR progress. And fifth, clear and transparent goals foster stretch goals. Google, for example, wants its employees to always be thinking 10x – or, as Doerr puts it, aim for Mars, and if the team gets to the moon, that’s fine.

Intriguingly enough, Doerr feels that OKRs fit the Millennial mindset. Millennials as a cohort like immediate feedback, which is generally thought to have been fostered by their digital native, at home in social media mindset.

At Whole Foods, apparently many Millennials check their mobile phones frequently to find out the current status of their OKRs. It lets them receive the constant flow of feedback without feeling overmanaged – and promotes employee engagement and ownership.

Are OKRs the best way to go for all companies? They have certainly worked for many, and the system is definitely worth a try!