In coming decades, nonprofits will likely see rising donations. Why? Because historically, donations go up after retirement, and the Baby Boom generation is retiring. Over the next two decades, according to The Chronicle of Philanthropy’s take on a report by consulting firm Age Wave and Merrill Lynch Global Wealth Management, retiring Boomers are forecast to transfer $6.6 trillion of their wealth to donations.

Not only that, but the price of their volunteering for nonprofits is estimated at $1.4 trillion over the same period.

In part, due to the bulge in giving after retirement, Baby Boomers are following a tried-and-true donation path. But they are also more likely to live longer than previous generations. As a result, the donations and volunteering may last longer than it did in prior generations.

The amount of cash donations, volunteer time, and extended periods of both could be very good for nonprofits.

In fact, the Baby Boomer’s projected $8 trillion might be seen as part of a more general wave of philanthropy exemplified by the Giving Pledge, the wealthy’s vow to donate to worthy causes. Microsoft founder Bill Gates, for example, supports health initiatives worldwide and recently made a $50 million contribution to research on Alzheimer’s disease. 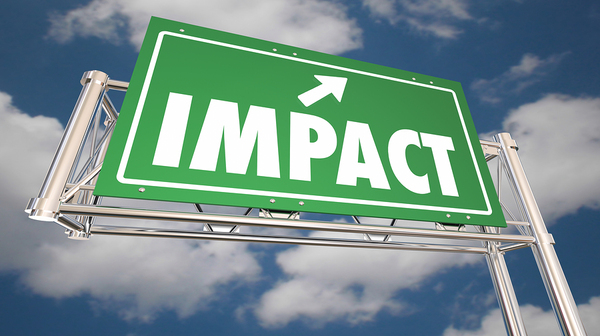 But it could also end up benefiting nonprofit business leadership that can demonstrate impact as part of a clear business strategy.

Baby Boomers are 49% more likely than previous age cohorts to want to know how nonprofits will use their donations before they finalize their donation plans. Nearly 3 times more want to specifically direct how their philanthropy is used, at 44% versus 15%.

As a result, nonprofits hoping to benefit from the Boomer cash must work with their desire for specific information and more active involvement.

Observers of the nonprofit sector see the Boomer tsunami as a potential impetus for more active measurement of impact than the nonprofit sector has historically done. The authors of a recent book, Engine of Impact: Essentials of Strategic Leadership in the Nonprofit Sector, noted in a recent conversation at the University of Pennsylvania’s Wharton School that nonprofits will need to demonstrate impact to impress and engage actively involved Baby Boomers.

Part of measuring impact will be defining mission and strategy more than many philanthropic organizations do now. A clear and focused mission is essential to measuring whether the mission is achieved, but the field suffers from a broad sense that mission statements are vague and general.

The authors stressed that a strategy must also be clearly articulated. The strategy “embodies a theory of change” by which donating and volunteering Baby Boomers know where the organization intends to go — and the change it wants to see in the world.

The book also encourages Baby Boomers to choose nonprofits that are performing evaluations of their impact. Quantitative numbers can be helpful, in conjunction with qualitative reports or as stand-alone measures.

Their example is a church focused on spiritual growth, which used quantitative impact methods and modified their programs in response to the findings.

Nonprofits stand to benefit from retired Boomer giving, but must become more active in defining their impact.