The California legislature recently passed a bill informally known as the “gig economy law.” Under the measure, which will go into effect on January 1, companies who currently designate employees as contractors would have to reclassify them as employees if the company exerts significant control over how employees do tasks or if their work is a significant part of the company’s business. 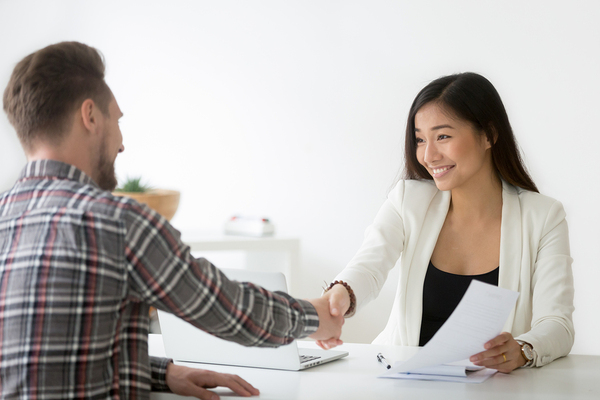 Contractors will need to be reclassified as employees if certain conditions are met under the law.

The bill is very likely to have major effects on companies who employ non-employee workers. Whether they are called contractors, freelancers, or some other designation, the elements are the same: they are paid only for work accepted and performed, often on a flexible schedule. They don’t have guaranteed salaries or benefits, their paychecks don’t withhold Federal or State taxes, and they aren’t eligible for benefits such as unemployment insurance or workers’ compensation. Employees, on the other hand, have all of these; if contractors are reclassified as employees, so will they.

The cost to businesses of reclassifying contractors as employees is potentially enormous. Uber, for example, whose entire technology business is based on connecting contract drivers with people wanting a ride, estimated that its costs would go up 30%, according to The New York Times. Uber’s upper management has said that passage of the bill could essentially kill the company.

Uber and its competitor Lyft have strenuously campaigned against the bill, and Uber vowed to go on fighting through the courts when passage of the bill was announced.

As significant as the effects on ride-sharing and other app-based companies that use contract labor extensively can be, the impact of California’s move will be much larger.

First, many businesses will be affected, not just the gig economy companies that have been the public face of the move. California alone has roughly 1 million contract workers. They work in almost every industry, ranging from law firms (both lawyers and administrators) and accountancies to franchise nail salons and construction firms.

Second, the bill may be a harbinger of things to come. The rise of contract labor in the U.S. may be a boon to business strategy as a method of cutting costs and ensuring flexibility. But it has caused increasing concerns that it requires workers to give up the protections of unemployment insurance and workers’ comp, among other benefits. As a result, other states, such as New York and Washington state, have moved to either blunt the negative effects or to move for reclassification, as California did. States may be invigorated by passage of the bill.

In the short term, however, chaos may be the most likely result. Why? There are roughly three reasons.

First, the actual effects of the bill may end up being decided in court. Uber has already made its intentions clear. One of its argument is that it’s a technology platform company, so vehicles are not its primary business. Some organizations in California have vowed to sue companies that don’t comply with the bill, however, so there may be multiple lawsuits arguing for amendments, modifications, or enforcement of the new law.

Second, the bill may mean hardship for multiple companies and organizations. Churches, for example, generally hire pastors on a contract basis. If they must reclassify them as employees, it could affect their ability to continue financially. They may ask for exemptions, but they may also go under.

Third, while the bill ostensibly benefits employees, not all employees are in favor of it. Firms that use contractors extensively generally provide flexible work arrangements. Reclassification may either cut down on flexibility or cause companies to adopt supervision measures that make contractor’s work lives less advantageous, such as requiring them to sign up for shifts far in advance.

Ultimately, the bill is likely to have a major impact on any business that employs contractors – but the effects are unlikely to be clear until the dust of impending court cases settles.