Issues of data collection and privacy have been growing significantly in the public sphere. In 2018, the European Union enacted the General Data and Protection Regulation (GDPR), which codified privacy regulations in Western Europe and gave consumers there more control over what is collected.

A Method of Informative Signage

Recently, Canada rolled out an innovative method of informing consumers, spearheaded by a division of Alphabet, the parent of Google, a company that has in the past come under fire for its data collection practices. The division, Sidewalk Labs, is a developer of Toronto’s Quayside, an area that is being used to test the use of technology in promoting sustainability and a livable urban environment.

Related Story: Google’s Smart City: What Does the Future Hold for Toronto’s Quayside?

The signs are hexagonal and will be displayed to let people know what the technology is designed to do, what data it is monitoring, whether data will be identifiable to specific passersby or not, and what organization is responsible for the monitoring. The signs will also carry a QR code that passersby can use to find out more information. 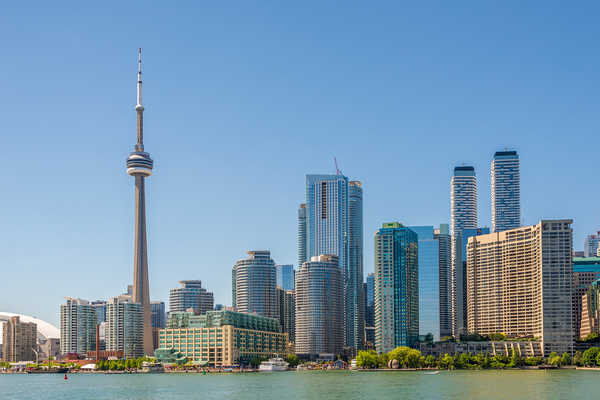 An innovative plan in Toronto informs passersby of digital monitoring via street signs.

For More Extensive Use?

Sidewalk Labs hopes that the signage is a prototype that might be adopted into more general use. It’s relatively simple to decode; an icon of a camera, for example, means that photographs are being taken of the area. Specific background colors indicate whether the pictures are identifiable or not, according to industry publication Smart Cities Dive. A third party is responsible for storing the data.

Canada has an act analogous to Europe’s GDPR, the Personal Information Protection and Electronic Documents Act, which mandates the disclosure of personal data collection by companies. Apparently, the new prototypes go beyond the requirements of the Act.

Some of the information given to passersby in the prototype is quite extensive, specifying how often photographs are collected and even whether they are high or low resolution. The signs may allay consumer fears, as many also specify that photographs are collected more to get counts of how many people are passing by specific urban exhibits put together by Sidewalk Labs and how many people engage with certain areas.

The developers of the prototype point out that signage that both informs passersby and gives them an opportunity to ask question fills several gaps in existing methods of information given to consumers. Some data collection and privacy policies are spelled out in terms of service agreements, but there is widespread concern that few people read (or understand) these. The more lengthy signs and explanations in the area come with an invitation to ask questions and an e-mail to contact to do so.