Secondary Menu
Chatbots Could Change the Way We Run Businesses Virtual Police in the Mall: How They Work

While nonprofit organizations may have multiple good ideas, whether they can attain sufficient funding to put their good ideas into practice is rarely assured. As a recent Harvard Business Review points out, there are roughly 300,000 nonprofits in the U.S., but approximately two-thirds of them have budgets of just $500,000 or less. Small budgets like this don’t really allow them to institute their solutions on to a large degree.

The Need for a Sustainable Budget Is Clear

Small budgets may militate against success completely. In general, nonprofit organizations need a budget of around $2 million annually to be truly successful. Well-known nonprofits like the Sierra Club, for example, have budgets of $50 million or above.

But how can they achieve budgets like this? It’s a pressing concern, as roughly 81% of nonprofit leaders identify fund-raising as their most serious concern.

As the HBR observes, traditional wisdom about how nonprofits successfully achieve funding is quite different than the reality.

Traditional wisdom advises achieving financial viability through a mix of sources. Donors are one source. Direct sales of a product or service is another potential source. Membership may be another source.

It’s easy to see why this is conventional wisdom. It is a risk mitigation business strategy. The assumption is that eggs in different baskets maximize the eggs.

But in fact, a considerable body of research indicates that the most successful nonprofits don’t have a diversified fund-raising strategy. A study of nonprofits with more than $50 million in yearly revenue since 1970 found that the most successful rely on one central funding source. The Sierra Club with its annual memberships, or the Susan G. Komen foundation and its runs to raise money for breast cancer research, are the successful models. 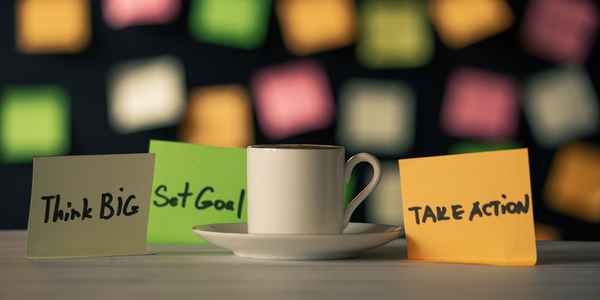 Design thinking depends on rapid action toward a goal.

Design Thinking Might Be the Road Toward Sustainable Funding

So if the road to successful fund-raising is much more likely to be one dominant funding source, how do fledging nonprofits determine what their source is going to be?

In place of end-users, for nonprofits, think “donors.” Develop your prototype; find out what works for donors and either iterate or fix, depending on response.

One of the HBR’s examples is the nonprofit Springboard Collaborative, which trains parents to support the learning goals of lower-income children. Early on, the founder called school leaders such as principals to inquire whether they would be interested in the program he had developed. The answer? They would be, if there was proof that reading, for example, improved.

As a result, a prototype was launched. Ultimately, rather than relying on the traditional method of diversified sources, Springboard became successful getting almost all of its funding from schools — $7 million per year.

The lesson learned? Design thinking works better for nonprofits than trying to diversify their funding sources.