A new report from the Pew Research Center reports that 25 percent of all American adults are online “almost constantly” and three-quarters log on daily.

What are the numbers behind this latest technology news? Here’s a closer look at what it’s like to be online, all the time: What the numbers say could shape future business strategy.

Breaking down the always-on group parses out some interesting demographics. Among this group:

The rates of usage by age have all increased from the 2015 survey, with the 30-49 adults increasing by 12 percentage points in three years. The 50-64 age group has risen by 5 percentage points. 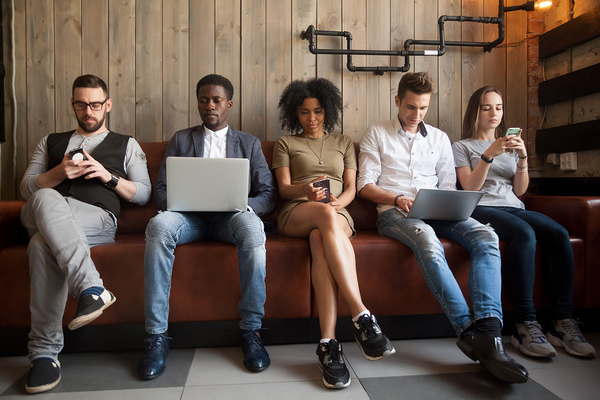 We are all becoming more reliant on devices to remain connected to each other and the greater world. Consider the 2016 Digital Habits Survey by Delvv that found Americans were more likely to give up many other pleasures than switch from a smartphone to a “dumb phone” for a week. That survey found that Americans would rather:

The impact of our reliance on technology to remain connected is a powerful one. Businesses need to consider that Americans are likely to be online and develop strategies that allow them to cut through the noise and deliver messaging, value, and brand identity. The connectedness, if Pew trends are to be believed, will only increase, resulting in a greater reliance on technology for how we work and live.