Secondary Menu
When Overwork Becomes a Habit Will Woz U Work as a New Model of Tech Education?

How often have you heard that phrase uttered to describe why a candidate was not hired or an employee was let go? It’s a common utterance, used to describe myriad issues related to interpersonal interactions, skill sets, outcomes, and behaviors.

“Cultural fit” is also often argued as a key determinant for making such hires in the first place. However, there are challenges when looking solely at fit as a criterion for hiring. Is adaptability more important than cultural fit? A new article published by the Stanford University Graduate School of Business answers with an emphatic yes.

Cultural fit is problematic at the outset because it is difficult to define. While hiring for culture was de rigueur for several decades, it’s a problematic notion.

First, it is difficult to define what cultural fit looks like. It can then be used as a catch-all phrase to dismiss candidates for a range of reasons, not all of which are noble. The inherent bias in the phrase, whether intentional or unconscious, can be a challenge for those companies wanting to promote diversity and inclusion in their hiring practices.

Companies are shifting to other modes of hiring that are in concert with business strategy. Pandora, for example, has reframed the idea of culture to focus on “culture add” in hiring, emphasizing the value of bringing into the workplace different voices, views, opinions, and experiences.

Facebook has also been a leader in rethinking the hiring process, focusing on alignment with its core values and creating a training program to manage unconscious bias. 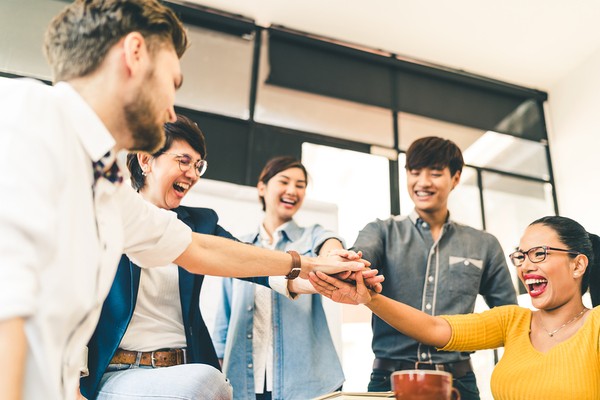 The ability to recognize and adapt to company cultures is a key indicator of success, according to newly published research.

Researchers from Stanford and Berkeley published research resulting from a study of 10 million emails sent between 2009 and 2014 at a technology company. Using linguistic analytics, the researchers looked at ways in which employees fit or failed to fit over time within their work environment.

The researchers found that people with a good “fit” at the onset tended to perform well at the company. However, a much more compelling indicator of success was how well employees were able to identify and internalize standards within the company.

This ability to gauge the cultural code and change their behaviors accordingly was a much stronger indicator of who stayed at the company, who left, and who was fired.

For companies that choose to look at adaptability, there are ramifications for both the recruitment and retention spaces. HR offices may want to consider a new approach to interview questions. For example, questions may be asked that explore when candidates have lived or worked in other countries or unfamiliar environments. Have they worked in varied and multiple types of organizations? Answers to these questions can begin to bring to the forefront how people are able to adapt.

The implications are evident for onboarding and ongoing business leadership programs too. Cultural integration should extend far beyond the orientation period. Employees should be provided with the tools and insights that help them learn to adapt and become flexible in their approaches to the work and interactions.