With a new incoming president who thrives on unpredictability – and has articulated the benefits of keeping plans close to his vest – it may be a good time to assess whether unpredictability is a beneficial business strategy.

Unpredictability Can Be Beneficial in Some Circumstances

It certainly has some benefits. In negotiations, for example, secrecy and unpredictability can make the other side unaware of exactly what you need and what you are trying to accomplish. As a result, you may end up getting more than you expected to get.

A predictable negotiation is one in which Company A asks for 100 widgets at a certain price, Company B is willing initially to give 50 at that rate, and via rounds of talks, a mutually satisfying 75 per the price is reached. But if Company A also wanted free shipping and first crack at new models but never telegraphs those wants, the sudden interjection of them at late stages may well result in getting them, as Company B is focused on the widgets – and concluding the widget negotiation.

Unpredictability may also lend some organizations and leaders a competitive advantage. Consider the Revolutionary War tactics of Francis Marion, the Swamp Fox. He and his soldiers hid in the swamps, attacking British soldiers at unpredictable intervals and in unpredictable places.

As the Smithsonian Magazine puts it, “because the British never knew where Marion was or where he might strike, they had to divide their forces, weakening them.” Marion is credited with helping drive the British out of South Carolina

However, repeated unpredictability is hard to sustain in business, for several reasons. 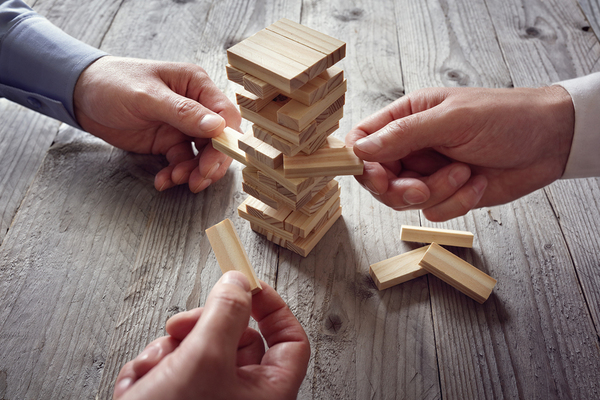 First, it’s harder to be truly unpredictable than it may seem. Real needs and strategic goals are generally telegraphed somewhere, even if it’s not in public mass media. Court filings, private conversations, past actions, strategic patterns, and mandated disclosures can all give clues and information.

Second, genuine unpredictability tends to batter trust. Leadership skills may be better honed by articulating clear goals and working toward them. Too much unpredictability is inconsistency that eventually degenerates into chaos.

A recent Harvard Business Review article notes that unpredictability should not be conflated with secrecy. Companies like Coca-Cola, for example, keep their secret formulas under lock and key. But they rarely deploy unpredictability as a strategy – such as saying a bottle will contain Coca-Cola when it doesn’t.

Bottom line: Strategic unpredictability can be a great tactic. However, those using the tactic must be completely aware of why the unpredictable actions are to be deployed and how to execute while making sure the company stays ahead of the competition. It doesn’t, however, confuse friends and competitors alike.